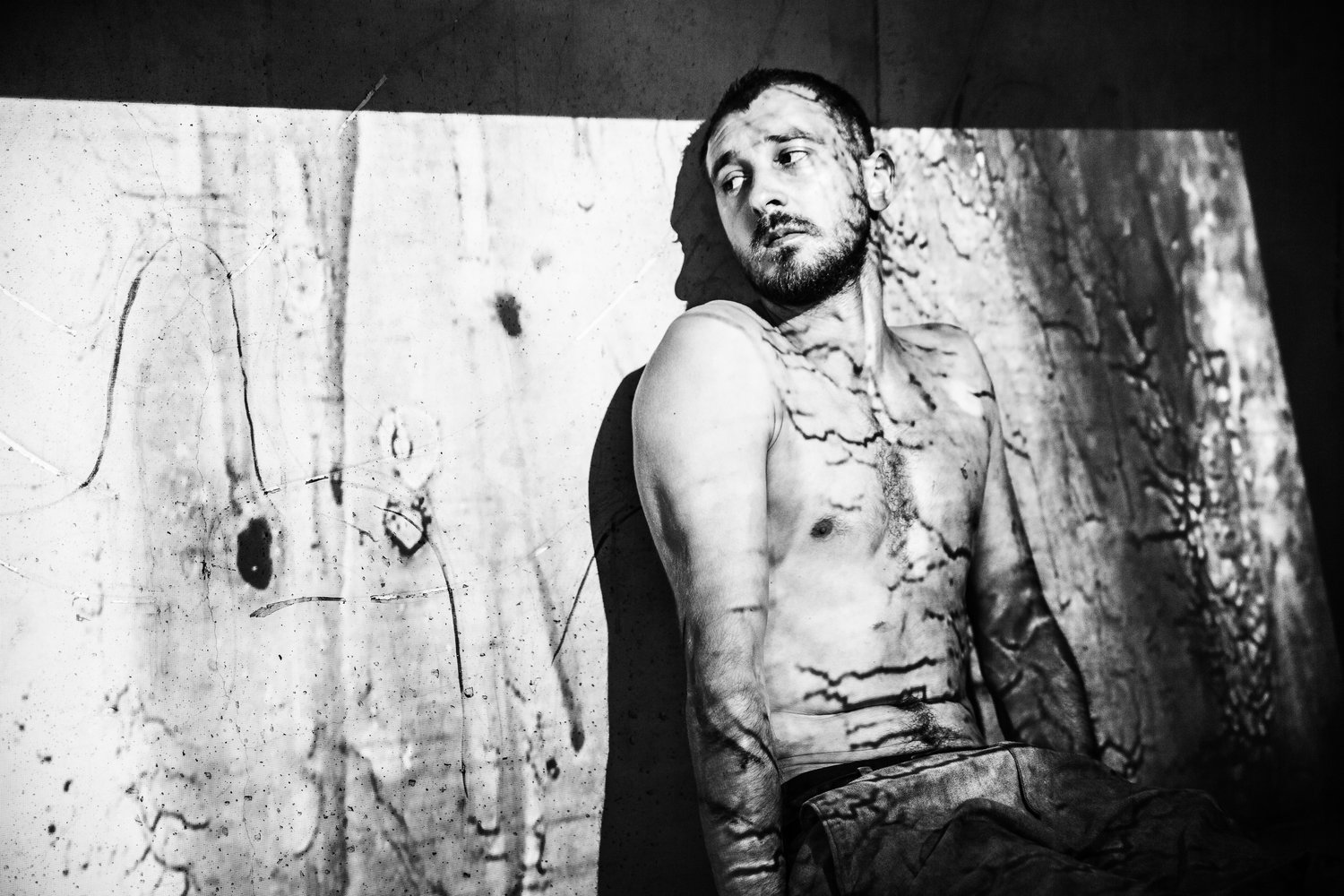 ONLY 30 TICKETS AVAILABLE PER PERFORMANCE!

„On the day mother died we both felt like two thieves that robbed a bank.”

The performative installation is a journey, from inside to outside, of a teenager that is prematurely faced with harsh circumstances, from the death of his sister in his childhood, to the absence of his father from his life.

Aleksy, part of an immigrant Polish family in Great Britain, spends a last summer with his dying mother in the south of France, a context in which their profoundly dysfunctional relationship will be mended and Aleksy’s feelings will go from hate to love and then sorrow.

The character is striken by a paradoxical wish: “Why hadn’t mother started dying earlier?” because death transforms hate into complete love.

The emotional carrousel is presented both visually, through videoprojections that reveal the inner world of the teenager, as well as through sound, in a confessional manner, using headphones. Each person in the audience will have „signs of the heart” wispered in his ears during the performance, things hard to say out loud.

On this path of introspection the audience is confrunted with Aleksy’s struggle to accept his identity, his teenage rebellion, the devastating anger he feels, the fear of death, until all these melt into an overwhelming love for the dying mother.

Feelings burst and end up all crammed in one moment in life – one last summer.

„The Summer In Which Mother Had Green Eyes” – an immersive x-ray of mourning that goes deep into the cracks of the mind and the heart, full of cynicism, aggression, but also full of poetry.